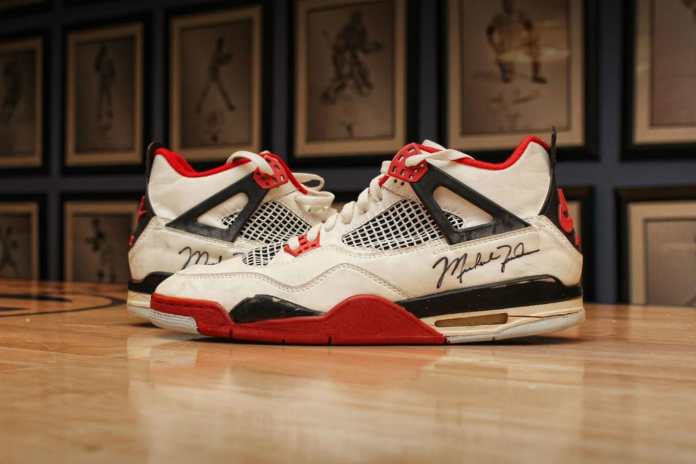 Mike’s ‘Fire Red’ sneakers are slept on. There, I said it; but let me elaborate. Four inaugural colorways of the IV(4) dropped in 1989, but we all know the Sneaker Community likes to play favorites…

Bred – One of the GOAT Jordans. The shot over Craig. Great, fantastic, blah blah blah.

White Cement – One of the GOAT Jordans. Do The Right Thing. Hip-hop favorite. Great, fantastic, etc.

It’s weird to read, right? Yet, subliminally you’ve probably adhered to this Jordan 4 mindset for years. Ultimately, it’s not a slight at the Fire Reds, but a testament to 4’s otherworldly strength. The Red Reds didn’t have the same opportunities for greatness as its peers. Michael’s weapon of choice throughout the 4’s original lifecycle were the Breds. He wore them during the All-Star Game, when he sank the shot over Ehlo, and on the cover of Sports Illustrated [with Pat Ewing]. And in this iconic Air Jordan 4 commercial… what colorways are shown?

I think you get the picture I’m painting – the Fire Reds didn’t get a lot of shine. But shine doesn’t always equate to greatness.

SHOP FOR THE FIRE RED AJ4 ON EBAY

Since ’89, the Fire Red 4s have actually received a lot of love; proving that Hall-Of-Fame moments help but a fire colorway will always go a long way. The shoe’s clean white/red/black color blocking doesn’t age, and they’ll always look good with any outfit. When used as a blank slate, the Fire Red 4s can easily adapt without losing their distinct vibe. Add grade-A laser detailing and you have a 2000’s classic, or slap Mars Blackmon’s face on the heel and get a great nod to the shoe’s heritage – it’s all love. With that said, if you add Air Force 1 tooling then… yeah…

2020’s retro is special because it bears ‘Nike Air’ branding for the first time since 1989 (and we all know how much Jordan-heads love that). But the shoe has succeeded without Air branding, in 2012 the Fire Reds retroed and enjoyed great success. I know this because I took L’s everywhere I looked. Fans of the shoe rock it with pride regardless of what’s on the heel, and we have pictures to prove it. In anticipation of tomorrow’s retro of the Air Jordan 4 OG Fire Red, we’ve curated a look back at some of the Fire Red’s best moments on and off the court. Peep the pics below and be sure to set your alarms for 6:50 am PST on Saturday. Happy hunting!

Here are some detailed pictures of the 2020 Air Jordan 4 OG Fire Red (the most recent release of the iconic colorway): 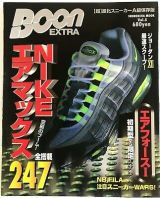