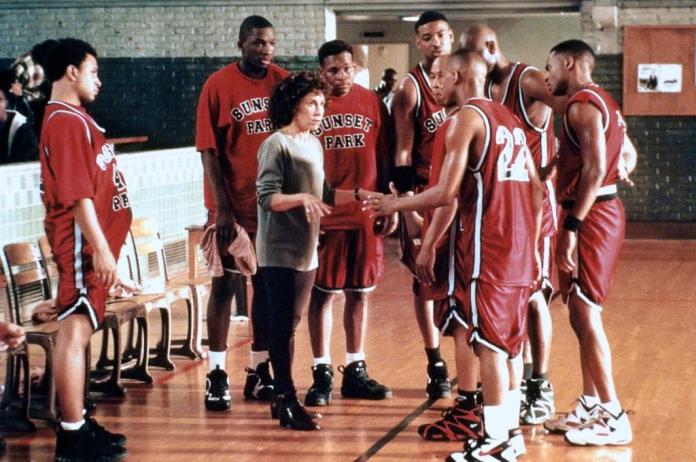 With the current state of things around the world forcing people to stay inside, now is a great time to revisit some of the best movie sneakers of all-time. For some movies, sneakers have a much deeper tie-in and end up front and center on the big screen. While others have less screen time but make up for it with a cultural relevance that can’t be denied. For this list, we wanted to focus on films that helped elevate the sneakers through placement or storytelling, sneakers that made an appearance on screen, became a talking point, or in some cases, were highlighted in a scene that we can’t forget.

We can’t possibly watch (or remember!) every sneaker shown in every movie but that’s where we are looking to you for help. There are plenty of movie sneakers that go unnoticed, and if you have any suggestions we should add to this list, feel free to drop a comment below or hit us up on Twitter with your recommendations.

For more on the best movie sneakers of all time, check out Episode 106 of the Sneaker History Podcast.

Bruce Lee fans already know about the legend’s outfit from Game of Death. If you’re not a Bruce Lee fan, perhaps the final fight scene of the film with NBA Hall-of-Famer Kareem Abdul-Jabbar makes this legendary kung-fu flick will make it worth your while. Lee laced up one of Onitsuka Tiger’s most storied silhouettes, the Mexico 66. The entire fit was so legendary that later on this list you’ll see who paid tribute to Bruce Lee in another film with great movie sneakers. WATCH ON AMAZON PRIME

Sean Penn, aka Jeff Spicoli, helped push the Vans Slip-On ‘Checkerboard’ colorway over the tipping point of pop culture popularity when he unboxed them on Fast Imes At Ridgemont High. The film was the perfect mix of Southern California skate, surf, and stoner culture all rolled into one amazing film. WATCH ON HULU

Arnold Schwarzenegger’s most memorable performance seems to rank pretty high with the general public but how does it have anything to o with sneakerheads? The Nike Vandal (available on eBay) is the choice for Kyle Reece as he avoids the police in the iconic 1984 film. WATCH ON SHOWTIME

Michael J. Fox plays Scott Howard in this ’80s classic where he goes from nerd to superstar thanks to some upgraded abilities due to his werewolf genes. WATCH ON AMAZON PRIME

Goonies never say die! Data breaks out the slick shoes to escape from the Fratellis in this 1985 classic. When are we gonna get a retro of these?! WATCH ON AMAZON PRIME

Back when Reebok was one of the more competitive brands on the scene, they teamed up with 20th Century Fox to create a sneaker especially for Sigourney Weaver’s character in James Cameron’s Aliens from 1986. The Reebok Alien Stomper became a cult-classic, much like the film itself, and even released in 2016 in extremely limited quantities. WATCH ON HULU

Do The Right Thing –  Jordan 4

Spike Lee’s Do The Right Thing is one of the most memorable movies on our list thanks to Spike’s connection to the sneaker world. Back in 1989, the film’s unforgettable scene in which the Air Jordan 4 gets scuffed, has been a repeated story for Air Jordan releases. If you haven’t seen it, it’s a must-watch. If you have, enjoy it again while you have some downtime. WATCH ON AMAZON PRIME

Back To The Future II – Nike MAG

Arguably the most iconic sneaker moment to ever grace the big screen, Michael J. Fox’s Marty McFly character (auto) lacing up the Nike MAG is as good as it gets, although the originals did not self-lace (as seen in the above photo). Not to mention, there’s a lot more vintage heat in the movie than you would expect. WATCH ON AMAZON PRIME

Woody Harrelson, Wesley Snipes, and Rosie Perez star in the most early ’90s hip-hop/basketball film ever, from the sneakers all the way down to the Parental Advisory t-shirts and brightly colored shorts. WATCH ON AMAZON PRIME

The Sandlot is one of the greatest baseball movies of all time. But it’s also one of the most important sneaker movies of all time as well, simply for highlighting PF Flyers. If you know, you know. “So we were worried, real worried, even when Benny brought out the secret weapon: Shoes guaranteed to make a kid run faster and jump higher—P.F. Flyers.” We won’t spoil any more. You can actually grab a pair of the kicks right now from PF Flyers. WATCH ON AMAZON PRIME

Tom Hanks’ 1994 performance as Forrest Gump is legendary, as is the Nike Cortez he wore in the film. It’s hard to imagine anyone hasn’t seen Forrest Gump by now but if you haven’t, it’s highly recommended. WATCH ON HULU

Do we really even need to say anything about Space Jam? Aside from the Air Jordan 11s, the Air Jordan 9, Air Jordan 2, and a handful of other classic kicks make an appearance in this 1996 movie featuring Michael Jordan, Bill Murray, and NBA players Charles Barkley, Shawn Bradley, Patrick Ewing, Larry Johnson and Muggsy Bogues, star in one of the most sneaker-famous movies of all time. WATCH ON VUDU

Brendan Fraser plays George, who raised himself in the jungle after being stranded from a plane crash. As he makes contact with humans for the first time in his adult life, it should come as no surprise that he needs a pair of Uptempos to survive the new world. WATCH ON HULU

Sunset Park is one of the ’90s most memorable basketball films thanks to actors like Fredro Starr, Terrence Howard, and others lace up some classic kicks as they figure out how to play basketball and avoid the distractions that life throws at them. The Reebok Kamikaze, worn by Onyx’s Fredro Starr, is just one of many noteworthy sneakers from the film. Can you name some of the other kicks? WATCH ON CRACKLE

For most of you reading this, He Got Game should need no intro. Denzel Washington and Ray Allen star in one of Spike Lee’s most popular movies for sneakerheads. The on-screen time helped add to the fame of the Air Jordan 13 and Nike Air Foamposite Pro. WATCH ON HULU

Big isn’t a movie that makes most of the “best movie sneakers” lists because it’s not ‘cool’ like most of the movies on this list. It’s older, and in general, the sneaker game is full of laziness, and that means most of the ‘new’ content is just a copy of old posts someone else already wrote. That’s exactly why we had to include it. Tom Hanks laced up the Nike Air Force 2 for an epic toy store scene. Get well soon, Hanx! WATCH ON HULU

Bow Wow (back when he was still ‘lil’) laced up a pair of Nike Blazers in Like Mike to become one of the best ballers on the court. Not to mention, there are dozens of other noteworthy shoes if you’re paying attention. WATCH ON AMAZON PRIME

By many accounts, one of Quentin Tarantino’s most loved films, Kill Bill, Vol. 1, paid tribute to Bruce Lee’s iconic outfit from Game of Death in one of the movie’s best fight scenes featuring Uma Thurman. Thurman laced up the Onitsuka Tiger (ASICS) Tai Chi to kick some serious ass while paying homage to kung-fu’s most famous star. WATCH ON NETFLIX

One of Dave Chapelle’s earliest big-screen moments came on Mel Brooks’ Robin Hood: Men In Tights. Chapelle, aka Achoo, stoped everyone in their tracks in order to ‘pump up’ his Reeboks. These have been widely considered to be the Reebok Pump Omni Zone but take a closer look at the clip above and tell us what model you think they are. WATCH ON AMAZON PRIME

Bill Murray takes the lead for the film The Life Aquatic With Steve Zissou as the lead character who has sworn vengeance on a shark that killed a member of his crew. As the plot suggests, this is one wild ride that nobody expected. Zissou’s team gets their own adidas Zissou branded version and colorway of the classic adidas Rom. WATCH ON AMAZON PRIME

Another Bill Murray flick, Lost In Translation is the story of an aging celebrity that takes on new sponsorship deals in Japan. Murray’s scene in the waiting area shows him wearing the HTM x Nike Air Woven, one of the rarest of the HTM collaborations. HTM was a collaborative effort between, Hiroshi Fujiwara of fragment design fame, Nike designer extraordinaire Tinker Hatfield, and former Nike CEO Mark Parker, three of the most creative minds in footwear.

Shaq, Penny, and Nick Nolte? Yep, back in 1993, this film was a must-watch for sneaker enthusiasts and basketball fans. Shaquille O’Neal and Penny Hardaway laced up the Reebok Pump Vertical for the Western squad and, well, we won’t spoil it. We will, however, suggest that you be on the lookout for cameo appearances from the likes of Larry Bird, Dick Vitale, Allan Houston, and more. WATCH ON CRACKLE

Spider-Man: Into The Spider-Verse – Air Jordan 1

One of the modern classics when it comes to the best sneaker movies has to be, Spider-Man: Into The Spider-Verse. While most of the shoes on this list happened years ago and were likely the result of a simple product placement effort from the brand, the 2018 Spider-Man animated film was a calculated partnership with Jordan Brand that also saw the release of one of the best Air Jordan 1s of the year. As we discussed on the podcast, the prices on the Jordan 1 ‘Spider-Man’ are still well above retail. WATCH ON NETFLIX

Nick Engvall is a sneaker enthusiast with over 15 years of experience in the footwear business. He has written for publications such as Complex, Sole Collector, and Sneaker News, helped companies like Eastbay, Finish Line, Foot Locker, and StockX better connect with their consumers, has an addiction to burritos and Sour Patch Kids, and owns way too many shoes for his own good. 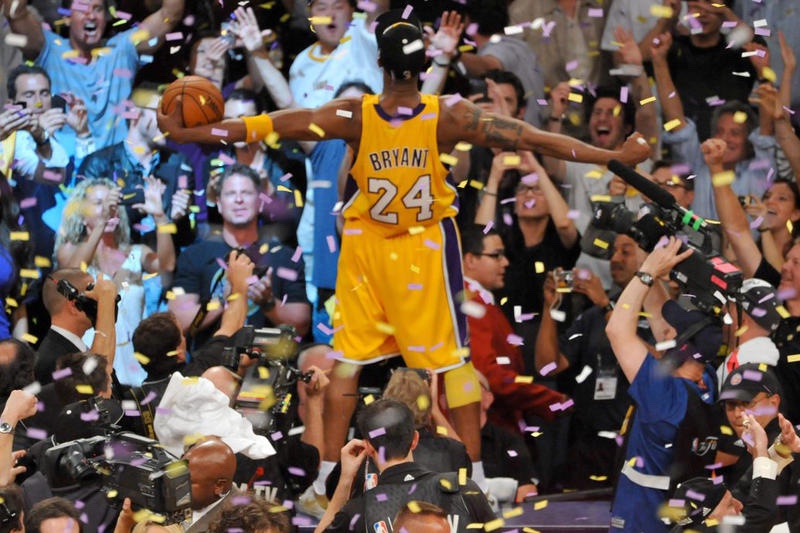 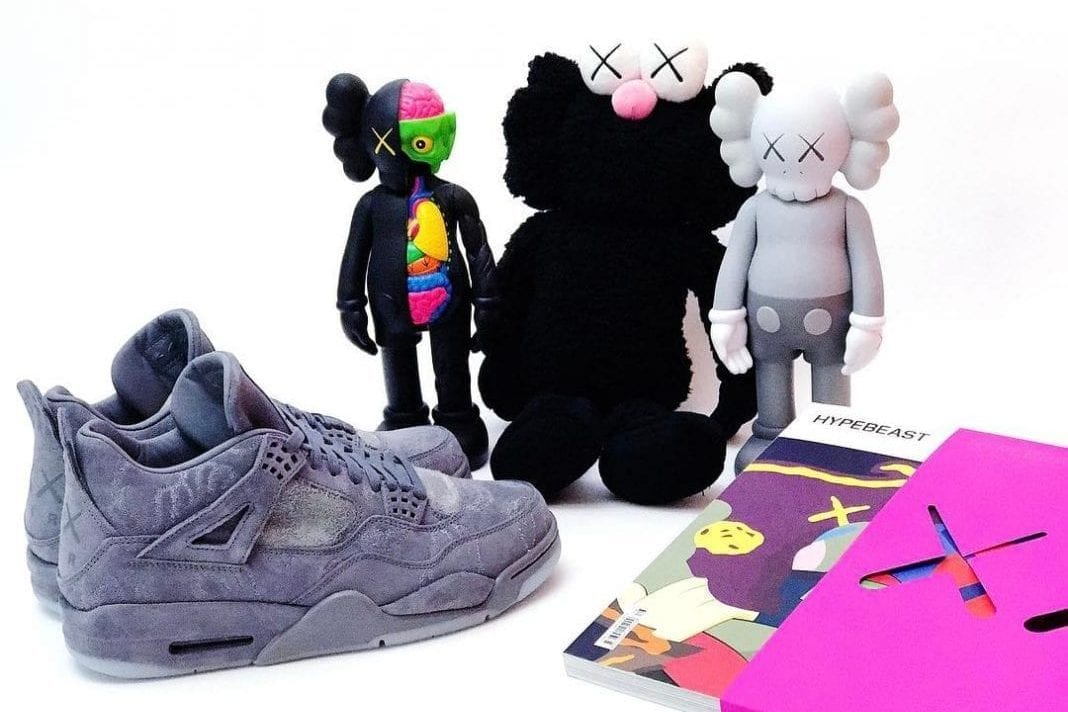